Byregot’s Ward is known as a consortium of artisans, traders, contractors and adventurers, who serve an array of clientele in different ventures. A company of a varying stories and beliefs, connected by an esoteric bond its members share.This collective of men and women follows a simple mission: Improve the world through their myriad talents. With influence and skill, they will foster a better tomorrow. With strength and wit, they will oppose those who would subjugate others.They are the Hand and the Hammer. 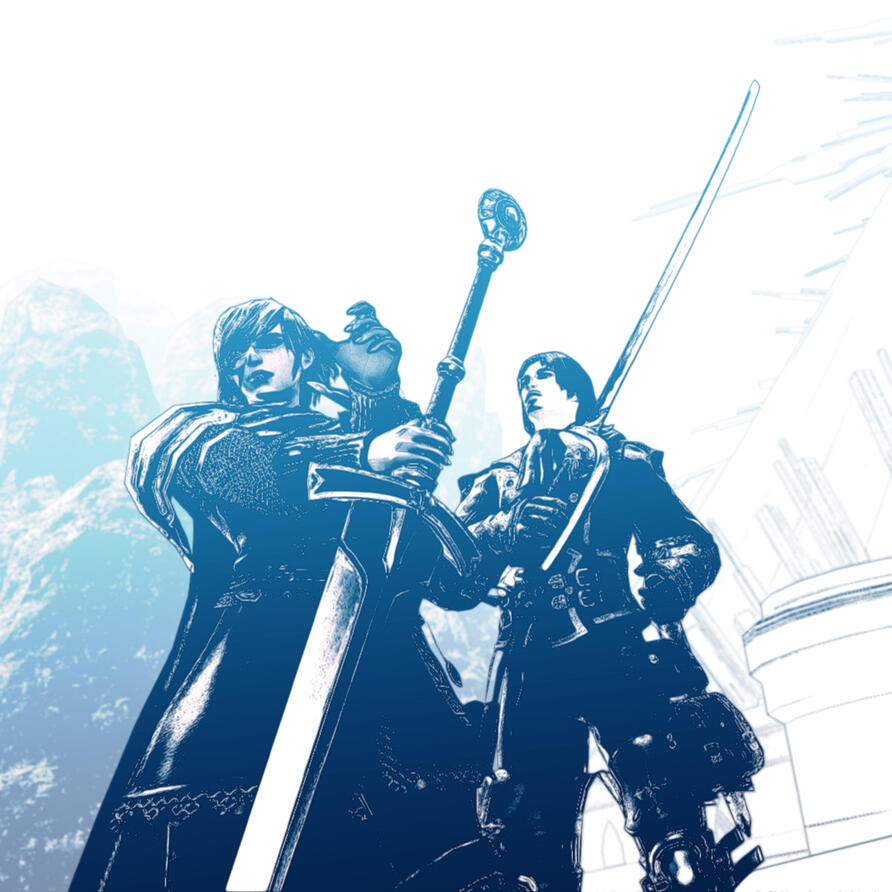 Contractors and Free Agents of great rapport to the company and phenomenal skill in their vocation are handpicked by the proprietor and his counsel to become more.The Leveswain of Byregot's Ward.They are the best of the best. The consortium's elite agents. Capable of taking on any job, overcoming any challenge, and facing down any danger that may come their way.

who would be a good fit for
the ward

We are a laid back, medium-heavy roleplay free company and network, that focuses on story-telling and collaboration. We also get together in game for game content, such as progression, dungeons, treasure hunting, etc. The company and network is built around the table-top gaming aesthetic, and the feeling of when you're gathered at a table with friends and acquaintances.Most of our events involve action, adventure, intrigue, horror oriented themes. Players may find their characters in combat scenarios, taking part in crafting gigs, and in scenes like the themes mentioned above. They'll also have opportunities to host their own adventures.

Byregot's Ward can be found in Final Fantasy XIV on the Crystal Data Server, Mateus. The company has rich discord presence as well. We are scouting for members to fill any of the following roles below:Leveswain:
Members of the network who are also in the free company in-game. Members who show a consistent interest in the network's events and activities and whom also enjoy the benefits of the in-game free company.Contractors:
Members of the network who are not in the free company in-game / aren't considered Leveswain yet. They may still show a consistent interest in the network's events and activities, also engaging in out of character gameplay with the company.New Hires:
Newcomers to the network who have recently been referred by another member or brought on by leadership. May take on any of the roles after a short probationary period.Contacts:
Associates and friends of the Ward who represent another partner free company in-game on their behalf, here for some jolly cooperation and networking opportunities for members of either faction.Wanderers:
Folks who have been brought on by another member of the network or by the officers. Friends and family of the network with no particular affiliations to other groups and / or are mostly here to visit out-of-character.

• due to certain themes and tropes used in our storylines, we can only accept eighteen-plus members and new hires.• we're a welcoming group that is lgtbq+ friendly and whom accept all manner of individuals. please show respect for each member and their background. avoid attributing stereotypes to race, gender, or sex.• while we accept friendly argument and debate, some topics are more likely to turn confrontational than others. please avoid discussing/debating manners concerning religion and politics.• any type of negativity, intolerance, and hate-speech will absolutely not be tolerated.• if you are experiencing issues or have concerns about another member within the free company, please message me or one of our designated officers first so that these can be resolved amicably.• this free company abides by ffxiv's terms and license agreements. activities such as rmt is not allowed. exceptions are made for certain mods that do not affect game play.• botting, illicit activities, and member poaching are not allowed.• be mindful of others, use your spoiler's tags for story related and nsfw posts.• we are all adults. colloquialism, banter, and jokes are fun and encouraged. let's please be mindful of tact however, and avoid anything overtly and overly raunchy/sexual and anything relating to abuse or suicide.• long periods of absence without notice both in game and on discord may see network member removed from the ward. 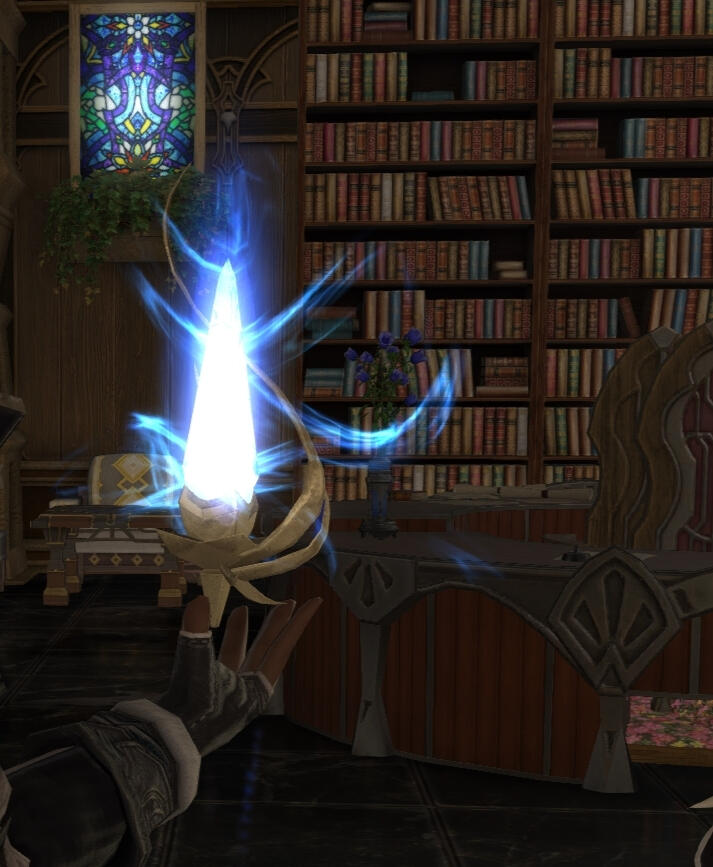 Buy • Trade • Sell
various wares and merchandise with the Proprietor of the Ward, and the consortium's talented artisans. 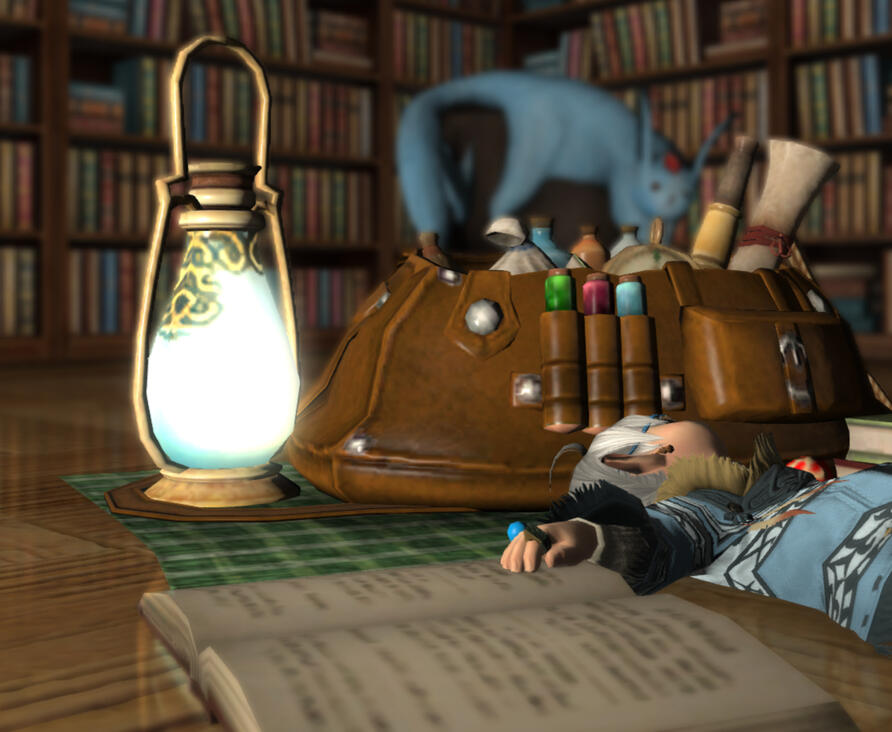 Hire the Elite
specialists, contractors, and mercenaries who will make and bring success to your current endeavors.

Touch'e Quatay: Oldest of the Leveswain, and the proprietor's former mentor turned confidant, Touche's history is long, and is not one she often shares with anyone. Through her love of the company and its people, however, she has become the Ward's official Sentinel and Chief Guardian.Rowan Flynn: Former member of a pirate crew known as "The Shrikes" and inheritor of its late captain's axe, Rowan's history with Byregot's Ward is an odd and tenuous one. So imagine his surprise when he was approached by the ward's proprietor and offered to become the captain and face of the consortium's new militia. Through reasons of their own, Rowan and Garrett have come to an understanding regarding the Ward's future and contingency plans should anything go wrong.Askel Strausgard: A refugee from when the capital of Bozjan fell, Askel has traded a life of nobility for the honesty of adventuring. Now in his patriarchal years, he has settled down from adventuring to watch after his old adventuring crew at the ward, namely Garrett, Touch’e, and now Teghan. A skilled huntsman and father figure.Teghan Creithe: An arithmetician from Gridania, his past with the ward is complicated. Having gone missing for years after a horrific fight with the Lambs of Dalamud that has left him permanently scarred and oxygen dependent, he’s forsaken the comforts of life to dedicate himself to the ward’s cause.Kalladin "Kal" Manetheran: The newest addition to the ward's essential staff, Lal is responsible for maintaining the face of the storefront. He is an apprentice to Garrett in all manners business and economics, and hopes to one day start his own company. Despite him being young, he is no stranger to the harshness of Ul’dah.Silenna Yanaihara: Maid, cook, cleaner, bartender, Silenna is a woman of many talents. She doesn’t share much about her past, and is very soft-spoken. Otherwise - a perfect pair of eyes and ears for Byregot's Ward.T'yoki Isphani: One of the few employees Garrett’s father kept when Byregot’s Ward was known as Sadova & Co., T’yoki stuck around to help Garrett manage the intricacies of running the storefront. Responsible for the studium, ledgers, and materials of the workshop, she makes sure that the ward has everything it needs on the day to day - and gives flack to anyone who spends resources frivolously.

I. The Ward's Reach

Byregot's Ward was born when the son of a reputable family of craftsmen, Garrett Sadova, returned to his home in Ul'dah and inherited his father's shop as the proprietor and head artificer. After rebranding from "Sadova & Co.", the once humble store of magicked goods quickly grew into a massive enterprise, the reasons for this rapid expansion unknown to most. Many speculate that returning from the Battle of Carteneau and his subsequent years of adventuring changed Sadova. Other rumors say that one bad event after another has finally driven him to seek power. More hearsay however was quickly dashed as Byregot's Ward soon adopted a more humanist mission statement: To improve the lives of their clients and the people of their nations through their goods and services.Still, the growth of Byregot's Ward was unprecedented. Through various deals, trades, and services rendered to the other city-states and to the Grand Company of Eorzea, Byregot's Ward quickly expanded from it's home in Thanalan throughout all of Aldenard and Vylbrand. They started to offer a myriad of goods and products at their stalls, warehouses and stores; as well as a number of other services including adventuring, investigation, and mercenary work. There were few Leves that the company seemed to reject, garnering the company an uneasy reputation as a band of wanna-be heroes in it for coin and fame.But there have been a few instances where even this was in question. Reports state that they have been involved in the slaying of Voidsent and other unnamed monstrosities, such that have slain dragons in the past. Entire pirate bands have suddenly dissolved after their involvement, and the more vocal critiques went so far as to claim the Ward is consorting with Garlean spies and apostate mages. It appeared the means mattered little to this company, so long as ends were met.Despite all of this, Byregot's Ward, over the course of a couple of years, earned it's Merchant's Merit, and is officially recognized as a consortium within the Grand Company of Eorzea's jurisdiction. They have announced exciting projects for their workshops, including a transportation network said to rival even the fallen Empire's train network and airship travel. As we come to the end of the old world, however... one has to wonder what they intend to do next in Eorzea.Meanwhile, whispers of a New World Commission is circulating around the remnants of fallen orders and recovering governments...